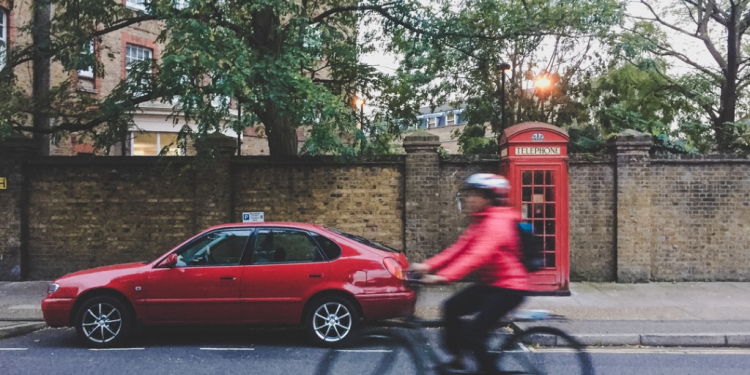 An Age-friendly London will allow older Londoners to enjoy all that their city has to offer. Will Norman, Walking & Cycling Commissioner at the Greater London Authority explains how the Healthy Streets initiative will help make London safer for cyclists and pedestrians alike.

In London, a quarter of men and a third of women aged over 65 will not leave their house today.

It’s well documented that this physical inactivity and isolation is harmful. It takes a huge toll on health, with increases in chronic conditions including diabetes, dementia, depression and the two biggest killers in London – heart disease and cancer.

So as we work to create an Age-friendly London – where everyone can remain active and have a good quality of life – helping people to leave their homes is a crucial first step.

Too many of our streets are a barrier to activity and inclusion, not an enabler. They can exclude and discriminate against older Londoners through both poor design and danger – particularly from motor traffic.

My job is to change this and enable more people in our city to get around on foot and by cycling, making these activities easier, safer and more attractive.

Working with Transport for London, we use a guiding set of principles that we call Healthy Streets. There are a number of factors that define a healthy street but at its heart is that people will choose to walk, cycle and use public transport and that pedestrians from all walks of life are included.

There are other elements of Healthy Streets that can be particularly valuable to older people, such as ensuring streets are easy to cross, have places to sit and that there is adequate shade and shelter from the elements.

Older people are in general less well off than the average Londoner. Many cannot drive, cannot afford to run a car, or cannot afford to use taxis. Enabling them to walk and cycle more as part of their daily lives is a matter of social justice.

In addition to health benefits, all the evidence shows that more active travel will reduce air and noise pollution and help combat social isolation.

So what does this look like in practice? There isn’t one template for what makes a healthy street but common approaches now being taken across London include reducing traffic speeds, installing pedestrian crossings, widening pavements and, increasingly, closing residential streets to motor traffic. On larger roads and at dangerous junctions it also means segregating cyclists from traffic with protected lanes and facilities.

I often hear, however, that cycling infrastructure is bad for pedestrians and makes streets less safe.

We should be really clear that the increased danger that older people suffer on our roads comes from motor traffic and that reducing the dominance of motor vehicles on our streets is the best way to change this.

I am sympathetic to concerns about people cycling on pavements and running red lights. Both are illegal and we work closely with the police on enforcement. However, the long term solution to tackling this behaviour to provide more and better quality cycling infrastructure. People tend not to cycle on pavements when they have a safe cycle lane.

I also understand concerns about pedestrians sharing space with cyclists. When London first introduced ‘bus stop bypasses’ for cyclists, pedestrians raised concerns that they would have to cross the cycle lane to get to and from the bus stop. That’s why our design guidance now includes a mini zebra crossing at all these facilities to give pedestrians clear priority.

People on foot and on cycles are both vulnerable road users and both will benefit from well-designed healthy streets.

I also want to open up the benefits of cycling many more people. In London women and older people are underrepresented as cyclists, but we shouldn’t regard this as a natural state of affairs.

Cambridge is the UK city with the largest proportion of cyclists. Fifty per cent of them are women and one in four disabled commuters rides to work. In the Netherlands people cycle more as they age and older Dutch women make a quarter of their trips by bicycle. Organisations for inclusive cycling such as Wheels for Wellbeing work with people who find cycling easier than walking – their cycle, whether standard or adapted, has become their mobility aid.

We know that older people are put off cycling by safety fears and also by long and indirect routes. So our work to triple the amount of protected cycle lanes in London by next year and to deliver a huge expansion of over 450km of high-quality routes by 2024 is crucial in tackling both of these barriers.

E-bikes, which use an electric motor to assist the rider, are becoming affordable and popular and will help older people continue cycling. We also need to make sure our infrastructure is accessible to tricycles and other adapted cycles.

Finally it’s vital to give people some help to transition to cycling. TfL’s cycle grants programme funds programmes across London such as Open Age in Hammersmith and Fulham, which is a beginners’ cycling programme for older adults to learn and develop their confidence in cycling.

Working closely with organisations like Age UK London the Healthy Streets principles will help to create an Age-friendly City where everyone is included and can leave their home, every day.

Will Norman is London’s first Walking and Cycling Commissioner, working to deliver the Mayor’s pledges to make walking and cycling safer and easier in the capital.