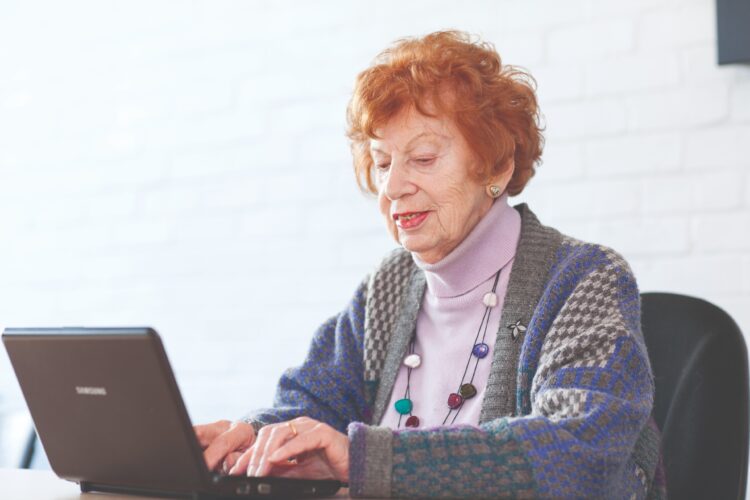 The media promotes the use of the internet as if it’s as cheap as the air you breathe. Everything promoted by TV programs pressurises viewers to think that using the internet is normal. Many take the internet for granted without realising the difficulties for 17 million people who do not use the internet – 45% of whom are older people.

“No-one should have to choose between food and data – It’s heart breaking that so many have faced that choice. Data poverty and the lack of affordable devices is something we can fix”.

This quote from Helen Miller, CEO of The Good Things Foundation got me thinking. Despite widespread recognition that tackling digital exclusion is crucial for ensuring London’s communities recover from the pandemic with greater resilience, data poverty among older Londoners remains rampant.

The plan to build back better in London after the pandemic cannot ignore the contribution of older Londoners. As volunteers, employees and employers, carers, community leaders and active citizens, older Londoners play an important role in the city’s social, cultural and economic life. Digital exclusion limits this contribution and London misses out as a result.

Whilst many older people are having to decide between eating and the Internet Service Providers often seem ignorant of the fact that many older people cannot afford even basic broadband contracts. The average internet connection offered by many providers is approximately £25 per month for just a simple package. £25 is the weekly food budget for an older person on the basic state pension.

The world of broadband contracts is a confusing one. A lack of clarity can compound digital poverty and even lead to it. When choosing an internet service for the first time how many of us actually understand what we are buying?

We understand unlimited text and unlimited phone calls but what is a ‘Gb’. It sounds like a lot of something.

One GB (a gigabyte is a unit of online storage) of data will allow you to browse the internet for around 12 hours, to stream 200 songs or to watch 2 hours of standard-definition video.

You do not need a degree in mathematics to realise that a sim (subscriber identity module) only deal, of 2 gigabytes of data will not allow you to get you through a second zoom hour despite a misleading offer of unlimited text. And thereby hangs the crux of the problem for older people.

An older person’s choice of broadband contract may mean that someone finds themselves with bills they were not expecting. People who generously offer devices to older friends or family members may unintentionally be placing them into debt.

New Data Poverty Lab
An ambitious project launched in April by the Good Things Foundation and Nominet, the ‘Data Poverty Lab’, will bring together people, groups and ideas from across the UK to help end data poverty by 2024.

The Lab will explore sustainable solutions to data poverty, with the aim of ensuring that the internet is affordable for people on low incomes and free for those on very low incomes. It will work with people with lived experience of data poverty to ensure policies are designed with their needs and ideas in mind.

The Lab will engage with MPs across the political spectrum, particularly through the recently launched Data Poverty APPG, and with other organisations who are working to end data poverty.

The Data Poverty APPG website says: “The APPG is currently working with the internet service companies to understand how quickly they can offer a social tariff, and what the difficulties might be in doing that.”

They say they will publish regular updates on the progress internet service providers are making as well as updating Ministers and the regulator on the problems that might arise, and that they would like a social tariff to be available “urgently.”

They define a ‘social tariff as “a rate of payment for a service that is affordable for people on low incomes. This means that people can get online access at a price they can afford.”

Calls for more social tariffs have increased during the pandemic.

A well-known TV programme recently illustrated the point that Internet Service providers gain valuable data gathered by cookies. Cookies are small programs that glean information from our use of the internet. This valuable data is sold to interested businesses. So users not only pay for their service but also give their data free to the service providers to sell on at great profit.
This should be included as part of the wider context that needs to be considered when leaders and spokes persons are negotiating fees for internet access for low-income older people and others.

The providers can well afford to allow concessions for older people.

Maureen started her career teaching in Primary School when BBC Computers were introduced into schools. From the reaction of the children she realised the potential of computers in education. She is now retired, having finished her teaching career at Westminster University. She became a member of the British Computer Society about 40 years ago and joined the North London Branch committee. She is also on the BCS Green IT Committee and on the Board of Age UK City of London.