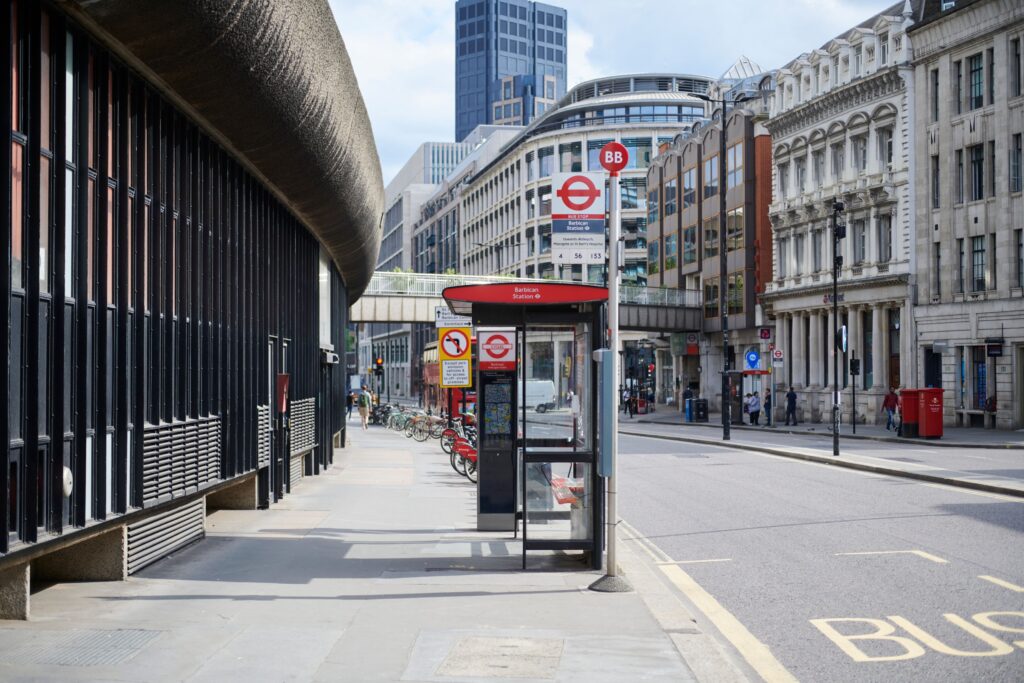 Age UK London have been campaigning to protect older Londoners’ travel concessions, which include the Freedom Pass and 60+ Oyster card, for the past two years. On 15th December plans emerged that could mean the 60+ Oyster Card is slowly phased out over a period of several years. Before the eventual ‘full’ cut (which won’t happen until next decade) the eligibility criteria based on age would slowly increase. The full details are not yet known and the decision will be subject to a consultation.

Although current users of the 60+ Oyster Card would not be affected (nor will Freedom Pass holders – the Freedom Pass is a separate concession), the eventual cut would hurt future generations of older people. As often happens with such cuts it is those on the lowest incomes that will be among the hardest hit. Carers, people that are unemployed, key workers, volunteers and many others will feel the effects.

The news has come less than a month after the Mayor said that such a cut would not take place under his Mayoralty. In a way that is ‘sort of’ true – the Mayor is unlikely to be Mayor at the point when the 60+ Oyster Card goes entirely. However the wheels will be set in motion during his time at City Hall. The slow increase in age eligibility will mean that someone who is 57 now will need to wait until they are 63 (very approximate maths and it depends when the phase out begins).

Demands from central government for Transport for London to make additional cuts mean that difficult decisions are being made. I don’t believe the Mayor wanted to make this decision but in the noise around the funding negotiations (as I write the deadline for an agreement is just a few hours away) the 60+ Oyster Card cut has been raised as an offering to the Department of Transport (along with other service cuts and plans to raise income).

Future generations of older London are being caught up in this politicised context. Away from the noise I thought it would be helpful to put in writing why it’s so important to save the 60+ Oyster Card.

1. Cutting the 60+ Oyster would have hit those on lower incomes and jobseekers hard

A large number of research reports have outlined the disproportionate economic impact of the pandemic on older Londoners. The experiences of the older Londoners who have contacted Age UK London suggest that unfortunately the pre-9am suspension is already exacerbating these impacts. 60+ Oyster Card holders have told us about their experiences and why they fear further cuts (sadly they were right to do so).

According to August 2021 figures from the Office of National Statistics the number of people claiming out of work benefits in London over 50 was 105,445, that’s a 105% increase from March 2020. Analysis of the same national data shows that (together with workers under 24) older people have been the hardest hit. This rise in unemployment affecting older workers in the capital is also comparatively higher than the UK average. Last year there were more over-50 claimants for Jobseekers Allowance in London than under-25 claimants.

Research published by the Resolution Foundation last year shows that older workers have lost hours and pay disproportionately during the pandemic in comparison to workers in the majority of other age categories. According to the Financial Conduct Authority (FCA), the UK’s oldest workers have seen their pay fall by an average of 23%, while younger (20-39) and middle-aged workers have been hit by salary cuts of 19% and 17% respectively.

There are also high rates of older people reporting experiences of ageism in the recruitment process.
Last year the FCA found that people born between 1946 and 1964 are just as likely as 20 to 39-year-olds to have been made redundant during the pandemic. The results of an IPSOS MORI poll for the Centre for Ageing Better show that seven out of ten 50-70 year olds do not feel confident that they will work again. Furthermore, only 39% of those who are currently furloughed (or of working age but not in work) are confident that they will be employed in the future.

Redundancy among older workers is not bringing forward plans to retire. Many older Londoners cannot afford to retire and this will have increased during the pandemic. Analysis by the Centre for Ageing Better shows that in England 8% of older workers are now planning to retire later. One factor influencing this is the decrease in the value of pensions.

In addition, the over 50’s age group already had worse unemployment outcomes prior to the pandemic. In 2019, just a third of over 50s made redundant found re-employment within three months: the lowest re-employment rate of any age group.

One in four workers aged 50 or over were furloughed in the first year of the pandemic with 377,000 at risk from losing their jobs. A quarter of a million over-50s could fall permanently out of work after being made redundant during the coronavirus pandemic because job schemes and recruitment are skewed in favour of younger workers.

2. A cut would make life even harder for keyworkers yet to reach 60

Health and social care are among the sectors with the highest proportion of older workers. Since concessionary travel was cut before 9am Age UK London have heard from holders of the 60+ Oyster Card and the Freedom Pass working on the frontline of the pandemic who are required to be in work by 9am.

Retail and office administration (including receptionist jobs) are areas which see a higher proportion of older workers, particularly older women. Opening hours and shift patterns mean that commuting will often remain necessary in the early morning. Many older Londoners in this group are supporting partners with health conditions and some have even said that they will have to leave low-wage jobs because the cost of commuting takes up such a large proportion of their salary.

Although workers in their early 60s are receiving a salary, many will be in low-wage jobs and many will work part-time. One in four workers in their early 60s works part-time and one in three part-time workers lives below the poverty line. Data suggests that the economic impact of the pandemic was affecting older Londoners earlier than other age groups; with data analysis of a GLA survey from May 2020 showing older Londoners were more likely to say they are worse off financially compared to before the coronavirus outbreak than younger Londoners.

3. The current early morning suspension is already impacting older carers that have to travel before 9am. Phasing out the 60+ would make things worse.

Carer prevalence is greatest in the UK amongst adults in their 50’s and early 60’s. This age group is twice as likely to be carers as a younger adult group. The largest group of carers is working age older women. Many Londoners in their 60’s use public transport early in the morning to travel to older parents who they help to get out of bed, dress and have breakfast in the morning. One in four carers lives below the poverty line and the requirement to pay full fares will be having a detrimental impact on this group of Londoners.

The pandemic has highlighted the importance of carers and the challenges they face when managing caring responsibilities with a job. According to figures from Carers UK, no fewer than one in five people aged 50-64 in the UK is a carer.

4. A cut will make it harder for people in their 60s that need to travel for medical appointments

Many older Londoners had their appointments for health conditions postponed during the first wave and some of them are still being pushed back in this 3rd lockdown. The delays left people anxious and eager for appointments to be rearranged. These are still regularly arranged at 9:30am or even earlier. Journeys often need to be made to hospitals or health centres in different boroughs, require regular visits, and many older Londoners now have to pay full fares for these journeys. One Londoner told us:
“I need to attend various hospitals for a variety of conditions. This decision forces me now to apply for a Disabled Persons’ Freedom Pass, which seems an extraordinary waste of everyone’s time. My operation will require me to be at hospital at 7.30am and I shall not be able to drive.”

London’s isolation crisis didn’t start with COVID-19 and there is no vaccination for isolation or loneliness. Research published before the pandemic showed that there were 198,000 older Londoners that can go for up to a month without seeing a friend.

Isolation is complicated and it has been exacerbated by the pandemic. A range of factors put some at more risk than others. For the 44% of Londoners over-75 who live alone, accessible transport can bring vital opportunities for social connection. Even before the pandemic, more than one in ten people in this age group said they never use public transport and they don’t have a car. Age UK research has found that 64% of older people are less confident using public transport compared with before the pandemic. Cutting the 60+ would be one more barrier for people in their 60s.

The pandemic has seen increasing numbers of older Londoners feeling trapped at home. Since the start of the crisis, Age UK teams have consistently identified isolation as one of the top challenges facing older Londoners. Good transport should be a key tool in the battle against isolation.

For many, shopping trips provide an opportunity to socialise but increasing anxiety, often exacerbated by confusing public messages, saw people decrease their trips to the shops during the first wave. Connecting with others and taking part in activities online has been a lifeline for many during the pandemic, particularly for those shielding. However, whilst the pandemic has seen an acceleration in the digital skills for some, people isolated and without digital access were left facing exclusion from opportunities to socialise online and other support.

6. Charities across London rely on volunteers using their 60+ Oyster Card

Accessible and affordable transport helps enable London’s army of older volunteers who are crucial to many frontline charities (Londoners between 50 and 64 are more likely to be volunteers than in many other parts of England). Research has also found that BAME Londoners are more likely to have volunteered since March 2020 specifically to support the response to coronavirus compared with white Londoners.

One volunteer and holder of a 60+ Oyster Card told us:

“I travel to central London twice a week to volunteer at a homeless charity. If I had to pay my fare sadly I would definitely have to reduce my volunteer shifts.”