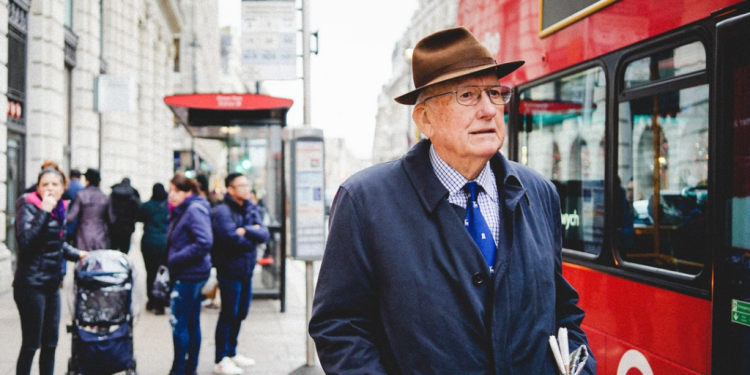 Along with Ageing Better in Camden, on 19 September we invited older people and stakeholders from Camden and across London to discuss what makes a city age friendly, and to focus in on one particular topic: streets and pavements. London as a whole and some London boroughs are working towards becoming age friendly, and we hoped to start finding out how older people would like that process to go. (You can read more here on London becoming age friendly).

Our participants on 19 September were a mixture of older people, representatives of local voluntary or community organisations, councillors and officers from several London boroughs. Becoming an Age Friendly City or Community involves developing a plan of action to change policies and services in order to make the local area more inclusive for older people. It is not something that happens overnight, and it is vital that older people themselves have a key voice in making their community age friendly.

According to the World Health Organisation “An age-friendly city encourages active ageing by optimising opportunities for health, participation and security in order to enhance quality of life as people age. In practical terms, an age-friendly city adapts its structures and services to be accessible to and inclusive of older people with varying needs and capacities.” The WHO looks at age friendliness within eight domains including outdoor spaces and buildings, which we concentrated on for this discussion.

Our guest speakers on the 19th included Peter Lush from Kilburn Older Voices Exchange (KOVE) who focused in on the need for seating facilities in public places after a general look at outdoor space issues, and Patricia Edeam from Living Streets who looked at issues around pavements and streets. Councillor Alison Kelly, Camden Council’s Older People’s Champion, talked about steps Councils can take and encouraged participants to make specific pledges to support age friendly communities. We recorded the pledges that participants made.

They included some quite striking pledges from a public sector point of view, like:

– Report any issues around my local estate. Also speak to my local councillor. Take photographs of rubbish dumps
– Campaigning for benches
– I will voice my needs to my peers, to people in power, at meetings. It is always best to say it!

Discussion sessions brought out a wide range of issues issues that the participants from their various perspectives thought were problematic for older people, and some proposed solutions.

In relation to streets and pavements, some of the problems were:

Among the changes which people wanted to see:

This is just one discussion with one group of older people and stakeholders, about one of the “domains” contained in the WHO’s definition of age friendly cities! Shows that there is a lot to be thought about on the way to making a community age friendly.