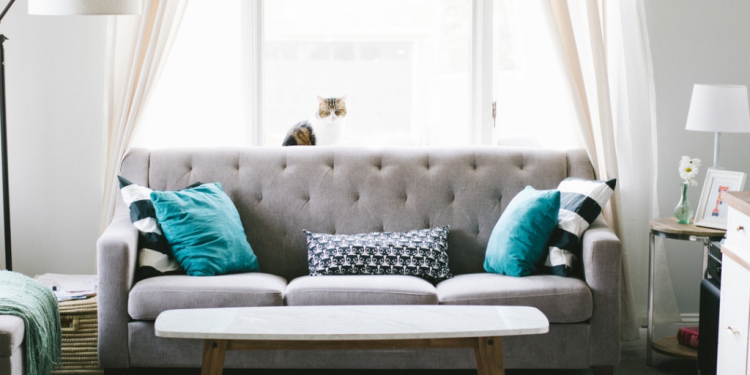 James Brokenshire’s proposal to introduce a minimum 3-year tenancy term to help renters put down roots is a very encouraging step to improving the lives of renters in the UK. According to government data, the average length of tenancy for a rental home is nearly 4 years. However, 81% of rental contracts are Assured Shorthold Tenancies (AST) with a minimum fixed term of just 6 or 12 months.

Our recent research report Living in Fear: Experiences of Older Private Renters in London drew testimonials from a number of older renters, many of whom struggled with the restrictive nature of these 6/12 month contracts. Such short-term rental periods left many Assured Shorthold Tenancy renters feeling unable to call the place they live their home and in some cases would actively limit the number and size of possessions in case they had to move flat. This lack of stability is especially inappropriate for those in later life, as older tenants are more likely to be searching for a “home for life” and will find it harder to repeatedly move flat. In addition, short term leases can leave tenants feeling unable to challenge poor property standards for fear of annoying their landlord and having to move out at the end of their contract.

This desire for greater security of tenure was a clear factor in the decision made by the Secretary of State for Communities, who commented:

“Being able to call your rental property your home is vital to putting down roots and building stronger communities. That’s why I am determined to act, bringing in longer tenancies which will bring benefits to tenants and landlords alike.”

It’s also worth noting that rental charges in most boroughs of London increase at a higher rate than large swathes of the country. This is a particular concern for older renters who have less capacity for increasing earnings in line with rent rises and are more likely to have to cut down on working hours for health reasons. Those on a pension, those on housing benefit, and those approaching retirement are particularly at risk of rental increases gradually eroding finances. The current short-term contracts allow for rent increases at very brief intervals, as landlords are able to impose rent rises with each new contract. One of our interviewees explained that their rent increased by £300 over 3 years – an increase of 16% a month. The move to a longer minimum contract should help to provide some relief for tenants by reducing the frequency of rent increases. Though it should be noted that this does not prohibit a large rent hike at the end of the contract.

When it comes to moving away from the restrictively short contracts currently on offer, the shift to a minimum 3-year tenancy term will make a marked difference to the lives of AST private renters of all ages. It is without doubt a step in the right direction. However, it is worth noting that a three-year period still isn’t a particularly long contract and tenants would most likely still struggle to call their property “home”, still limit their possessions, and potentially still avoid requesting necessary repairs and maintenance.

Furthermore, as house prices in London continue to increase, the rental market is likely to grow. Indeed, the percentage increase of private-renters is greater in London than any other region in the country. As it stands, private renting is a far more realistic long-term option than homeownership for many Londoners, and yet a three-year contract would not fully reflect this. This was reflected by the housing charity Shelter, who in February 2017 called for tenancies with five years of security to bring the UK a step closer to the “number of European countries with five-year, nine-year and indefinite rental agreements.” An increase to a three-year contract is unlikely to be fully fit for purpose if, as is expected, there is an increase in the number of people who rent for large periods of their lives. A cultural shift towards renting is occurring and the rental market needs to reflect this.

Finally, whilst a three-year contract is undoubtedly a positive step, as it currently stands, a Section 21 eviction notice can be issued at any time, so to truly unlock the potential of increased contract lengths, no-fault evictions must be abolished. Otherwise, the feeling of helplessness will simply be prolonged over a slightly longer period. Unless Section 21 is removed, tenants can still be evicted with just two-months’ notice, making it impossible to feel secure in their home or to plan for the future.

Accordingly, we’re delighted to see that the London Assembly will call on the mayor to support the abolition Section 21 and lobby the Government for a change in the law. Section 21, the clause of the Housing Act 1998, allows private landlords to evict tenants without any reason, with as little as two-months’ notice.

Our Living in Fear report found that many older renters considered Section 21 to be a constant threat to their security of tenure. This helps to exacerbate the difficulties caused by short contracts – renters are unable to truly call their property “home”, struggle to request repairs, and are less likely to invest in their own property.

One older renter revealed the state of fear and helplessness caused by Section 21:

“We’ve already seen other neighbours kicked out as owners want to refurb and charge a higher rent. A Section 21 can be issued at any time and my wife has a disability. It would be very hard for us to find somewhere else with 2 months’ notice and who else will take us as tenants with me approaching retirement and my wife with deteriorating health and a possible need for future home adaptations?”

Sian Berry AM, who proposed the motion said:

“London renters need to feel secure in their homes and know they can’t be thrown out on the streets for no reason… Having to move at short notice is one of the worst parts of being a private renter and ending section 21 would make a dramatic difference and solve this problem – it would also align our policies with other countries.”

Having called for the abolishment of Section 21, Age UK London are delighted that the London Assembly are attempting to take this forward. This, combined with the plans to increase the minimum length of AST agreements would see a massive improvement to the quality of life for private renters of all ages, allowing them to live without constant threat of eviction. This in turn would provide the stability needed renters truly feel at home in the place where they live. Whilst it can be argued that the shift to three-year contracts doesn’t quite go far enough, James Brokenshire must be commended for this initial step forward. Plus, ministers are currently seeking views of landlords, tenants, and related organisations about the proposed contract length changes, so be sure to offer your opinions here.

Overall, it’s incredibly pleasing to see proposed changes on both fronts and we now watch with interest to see if they are carried forwards. If both changes can occur concurrently, then we can expect to see clear improvements in security of tenure for private renters in the UK.