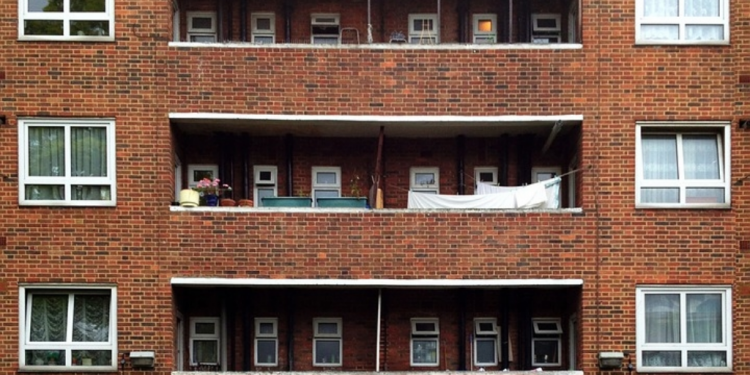 With the report completed, Age UK London hosted a launch event to reveal our findings at the Coin Street Conference Centre on the South Bank. The conference hall was filled with political figures, older private renters, and a number of experts within the housing sector, all of who were able to use the event to learn more about the private rented sector and to suggest ways to improve it.

After a brief introduction from our own Gordon Deuchars, we were joined by Paul and Olive, two older renters who live in London. During the eighteen month period of research for the project, we have heard many concerning stories from older private renters and this was no different. Leigh Pearce, Chief Executive of the Nationwide Foundation noted that upon reading our research and hearing Paul and Olive’s experiences, it was clear to see why we entitled our report “Living in Fear”.

In Paul’s words: “It’s not easy to feel secure when you’re an Assured Shorthold Tenant”. This statement matched the findings of our report, which found that security of tenure was one of four main concerns voiced by older renters. “We do live in fear and anxiety, especially as your enter the last nine months of your contract” added Olive to murmurs of agreement around the room. Such assent was a feature of the event itself, especially after Age UK London’s Ben Donovan began to reveal the details of “Living in Fear”. As mentioned, the research report discovered four main areas of concern for older renters in London: security of tenure; rent costs; repairs and maintenance; and health and accessibility. In addition, many of those interviewed mentioned that poor relationships with their landlord often exacerbated these existing problems.

After lunch, the attendees divided into breakout groups to discuss three main topics: Affordability and Security of Tenure; Condition of Housing/Repairs and Adaptations; and Access to Support and Information. Within these groups, there were frequent references to Section 21 of the 1988 Housing Act, a clause which can allow landlords to make a “no fault” eviction of an Assured Shorthold Tenant. This again corresponded with our research, which advocates the abolishment of the Section 21 clause. Section 21 causes a feeling of helplessness for many older renters, lots of whom found it difficult to truly call the place they lived their home. This lack of security and fear of eviction leaves many tenants are disinclined to invest in their homes or to request repairs and maintenance from their landlord.

Following the breakout groups, the attendees reconvened for our panel session, where a group of experts in the housing sector took questions from the audience. Megan Life of the Greater London Authority and Eloise Shepherd from London Councils explained that whilst the Mayor can’t control rents, he is working towards improving the experiences for private renters in the capital. The current focus is upon naming criminal landlords on a “blacklist” to help provide advice to prospective tenants and to also put other landlords on notice.

Meanwhile, Jenny Pannell of the Housing Learning and Improvement Network, concentrated upon the ways in which poor housing can affect the health of private sector tenants and the fact that this in turn causes extra strain upon our health services. Robert Taylor of the Camden Federation of Private Tenants pointed out that security of tenure is only secure if you can pay your rent. Therefore, if the rent costs creep up, the security decreases, which is especially concerning for older tenants who are far less likely to be in full-time employment.

The final speaker at the conference was Sian Berry AM, Chair of the London Assembly Housing Committee, who commended the findings of the report and stressed the importance of these kinds of meetings, which can bring like-minded people together to force progress and change. Sian Berry also noted that older people need to be included in more housing groups and forums so that others realise that older private renters are also facing difficulties and that they have a lot to say.

As the conference ended, there was a clear sense that the findings of “Living in Fear” were no exaggeration – for many, the Private Rental Sector simply isn’t working. Yet there was also a heartening desire for greater collaboration between housing groups and older people’s forums in order to begin tackling the problem. This conference will hopefully mark the start of significant changes to the Private Rental Sector going forwards.

If you would like to learn more about our research, you can download “Living in Fear” here.