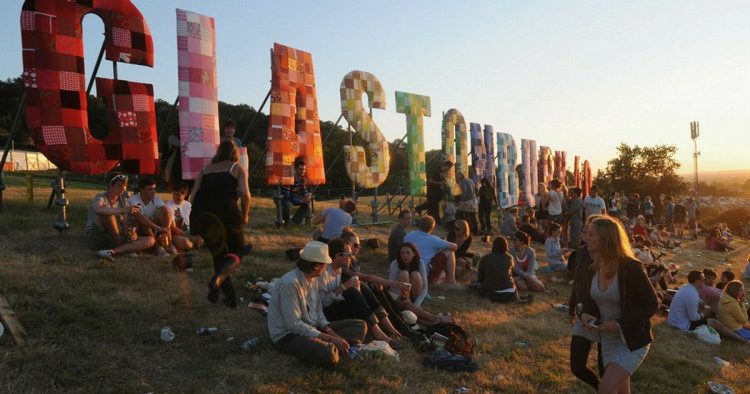 Welcome to the second edition of our monthly Age Allies blogs! These blogs are part of our new Age Allies project, which will see Age UK London work alongside businesses and other organisations to combat age discrimination in the capital. This month, Richard Norman uses Glastonbury Festival to look into the ways our perception of older people can shape our opinions. You can also take a look at last month’s blog here.

Reading the paper on the train into work this morning I came across an article about the Glastonbury festival.  It suggested that the best place to experience ‘Glasto’ was from your sofa, enjoying the excellent TV coverage. It went on to list the acts that performed this year and I hardly recognised any of the names. This article brought up mixed feelings for me.

It was uncomfortable having no idea who most of the performers were and realising that I don’t care that I don’t know anything about them or their music. I guess this is how it should be. I am no longer young so it would be peculiar for me to be involving myself with ‘youth culture’.

My time was in the seventies and eighties, so for me that was the golden era. For others it would be the fifties, sixties, nineties or noughties. This doesn’t mean I am no longer into music and only like listening to songs from my youth. I still like to hear things I haven’t heard before, but this might actually be part of the problem – much of the new is derivative of the old. Does that mean it’s just a pale imitation of something new and exciting? Does even thinking that make me an old man who thinks he’s heard it all before?

When I worked in a day centre for older people one of the most popular activities was singing. Most of the people had been born in the thirties and forties so for them their golden eras were the fifties and sixties. However, the songs they most enjoyed singing along to were from the First and Second World Wars. “Hang out your Washing on the Siegfied line”, “It’s a long way to Tipperary” or “Kiss me Goodnight Sargent Major” would be sung with great gusto and joy and everyone knew all the words.

When I asked some of them about this phenomena, I was told that when they were small children these were the songs that their parents would sing on returning from the pub. Yet these are the same people who, in a different activity with a video artist, were up dancing to Grime and, in another, composed and recorded a Rap tune with the title “Inside, I’m Twenty Five”!

When you think of older people what is the image that springs to mind? Where did this image come from? On what is it based? Do you judge all older people from the perspective of that image?

I went to the Glastonbury Festival half a dozen times during the Eighties and it changed a lot during that time. Driving on site and pitching tents around the cars, Bonfires and crates of beer, men selling sugar cane split with machetes, uniformed police on every corner, rave tents everywhere with 24hr four-on-the-floor.

From what I can see now, Glastonbury has changed almost beyond recognition. But then, how would I know? The notion that any music festival can be experienced remotely on TV is absurd. It would be superficial. Judging by appearance is always unsatisfactory as it can never tell the whole story.