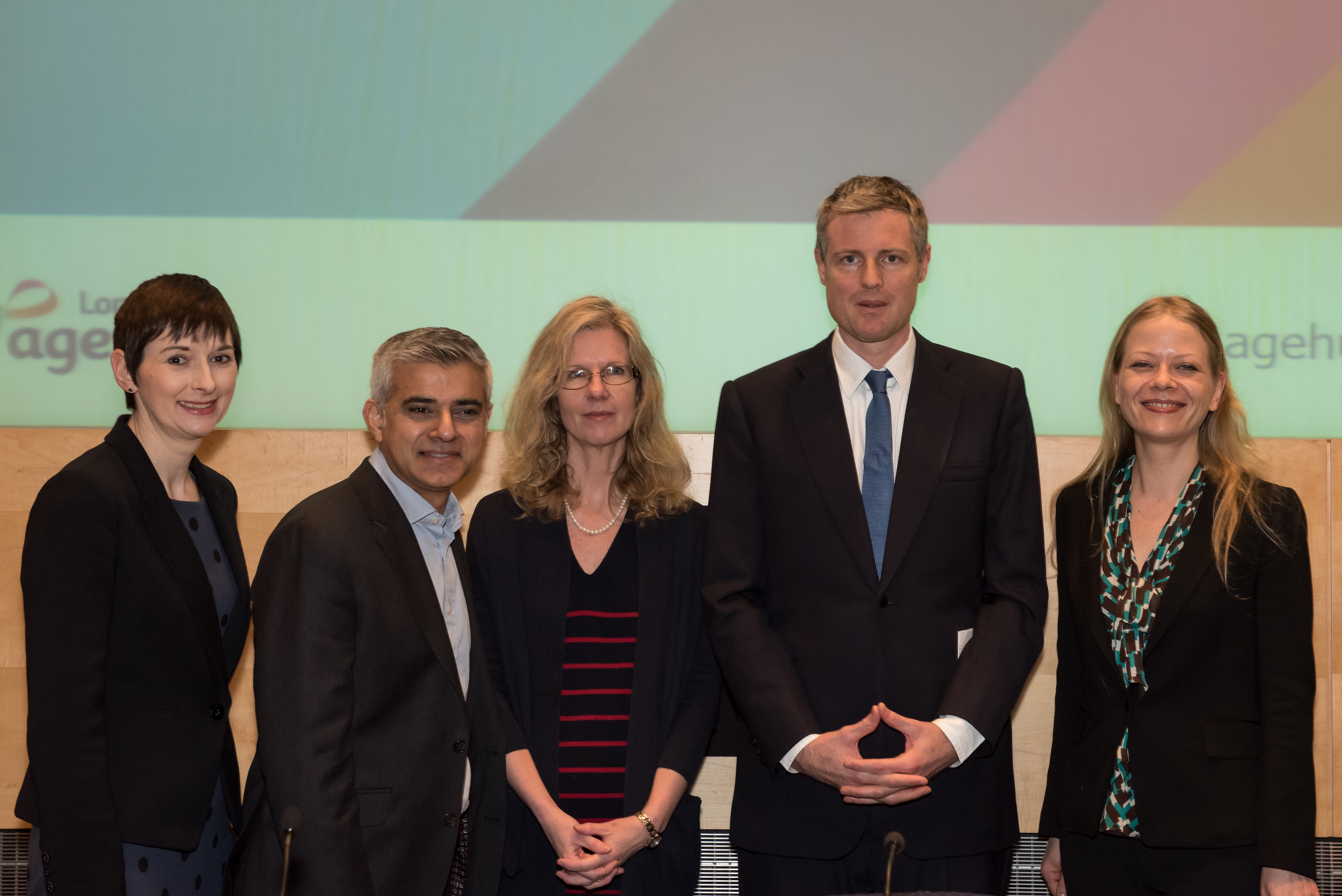 The candidates’ contributions at our hustings yesterday all showed encouraging awareness of older people’s concerns and needs and of older people as citizens (and voters of course). Differences between them were really  to do with general political differences and personal style. In a way it was a refreshing change from a lot of public debate about London which seems to assume the city is made up entirely of young people. One of our team had a discussion with a media representative who was genuinely surprised to learn from our manifesto how many older people there are in London (almost a million aged 65+ and 2.2 million aged 50+). That sort of realisation is a result in itself.

Some highlights of what the candidates said:

Sian Berry, Green Party councillor for Highgate, Camden Council,  said, if elected, she wanted to build ‘more homes more quickly’, give free social care to all aged 65 and over, make sure pedestrian crossings gave everyone enough time to cross and that she was a ‘Dementia Friend’; she urged the other candidates to join her as a ‘Dementia Friend’.

Zac Goldsmith, Conservative MP for Richmond Park and North Kingston, said, if elected, he wanted to celebrate London’s success story, but also protect those who make the city so great, including older people. He said he wanted ‘more homes, better transport, safer streets and a cleaner environment.’

Sadiq Khan, Labour MP for Tooting, said he had enjoyed meeting 1000s of older people in London during his campaign, and that he is ‘passionate about tackling loneliness’. He also promised that, if elected, he would appoint London’s first ever ‘Chief Digital Officer’ to promote digital inclusion across London, and particularly among older people.

Caroline Pidgeon, The Leader of the Liberal Democrat London Assembly Group, said the only solution to London’s housing crisis was to increase supply and that she had ‘a costed plan for that.’ She also said she supported Age UK London’s call for the new Mayor to appoint a Deputy Mayor or Mayoral Adviser to an Age Friendly London portfolio.

All four candidates promised that they would keep the Freedom Pass. They answered a wide range of questions from older people. We will be putting more material about the day online soon.