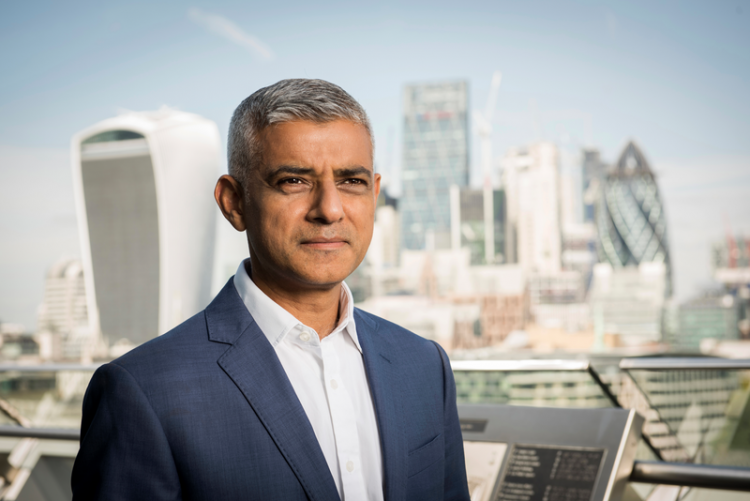 We asked the leading London Mayoral Candidates if they would write a blog post for older Londoners. Here we have the fifth piece from Sadiq Khan, the Labour candidate.

This last year has been difficult and distressing for us all. But I’m well aware that for older Londoners it’s been particularly hard. For many, being shut indoors and having to shield – often for months at a time – has been intolerable, while for others not being able to see and hug grandchildren will have been deeply frustrating and upsetting. I know, for example, that my mum who lives alone has struggled with not being able to see family. No amount of text messages or video calls can ever fully make up for that loss of human contact.

Thankfully, the development of multiple vaccines does mean there’s light at the end of the tunnel, and that we can start to look forward to doing the things we miss and seeing the people we love again. However, this crisis should also serve as a wake-up call to our society about the importance of tackling loneliness, building stronger communities and preserving dignity for all as we grow older.

We can’t go back to the way things were pre-pandemic when too many older people were being forgotten and left behind. We need to place a renewed focus on people’s quality of life, ensuring older generations who have contributed so much to the success and prosperity of our country have access to the necessities they need to live safe, comfortable and fulfilling lives. This includes having secure, warm and affordable homes, getting opportunities for meaningful interaction with others and having access to accessible public transport and world-class health and social care.

When I stood for election back in 2016, I pledged to be a Mayor for all Londoners, of all ages. Ever since, I’ve been working tirelessly to live up to that promise. I’m proud of the progress we’ve made across a range of areas – housing, transport, digital inclusion and social integration. But I also know there’s still so much more that can be done to improve the welfare and wellbeing of older people.

Prior to the pandemic, City Hall was making huge strides dealing with our city’s housing crisis – an issue that affects Londoners of all ages. We started building record numbers of genuinely affordable homes, including more new council homes than in any year since 1983. We also started 1,500 new homes through our £100 million Care and Support Specialist Housing Programme. These homes will be high quality, well insulated and energy efficient, meeting the needs of older people, and they will also be suitable for those with disabilities and mental health conditions.

If re-elected, fixing the housing crisis will remain one of my top priorities – not only because so many Londoners desperately need a warm and affordable home to live in, but because addressing this issue is fundamental to community life. Having more genuinely affordable homes also means it’s more likely that the children and grandchildren of older Londoners can live close to them, for example, in the areas where they grew-up.

Affordability, along with accessibility, has also been at the heart of my public transport policies. As Mayor, I have frozen all Transport for London (TfL) fares for five years and introduced the Hopper Bus Fare. I have also stood up for older Londoners in the face of the Conservative Government’s attempts to cut concessionary travel. I know the Freedom Pass and the TfL 60+ Oyster Card are lifelines for older Londoners, enabling them to move around London, meet up with friends and enjoy everything our great city has to offer. That’s why I’ll continue to defend them from the Government’s ill-advised and unjustifiable attacks. Asking people who have paid into the system their whole lives to surrender their ability to travel around London is wrong.

We need to be making public transport more affordable and accessible, not less. So I’ll continue to implement fair and inclusive transport policies that take into account the needs of older Londoners. This includes asking TfL to develop its future step-free access programme in collaboration with disabled and older people and reviewing the way TfL currently supports accessibility across the network.

On top of all of this, I’ll continue to invest in frontline policing in order to tackle violent crime, combat anti-social behaviour and keep older Londoners safe. I’ll build on initiatives to tackle loneliness, like Our Great Winter Get Together, which encouraged Londoners to safely connect with people in their communities during the darkest days of the pandemic. And I’ll expand efforts to get more older Londoners online, with our new Digital Access for All and our Basic Digital Skills for Londoners programmes to equip more people with the skills they need to access services in our increasingly digital world.

Taken together, I’m confident that these policies can make a real difference in terms of improving the lives of older Londoners and making our city a fairer, safer and more accessible place to live. I want London to be the best city in the world to grow up in and the best city in the world to grow old in. So I’ll continue standing up for Londoners of all ages and doing everything in my power to build that better and brighter future we all want and deserve. I hope you’ll join me in this mission by voting for Labour and lending me your vote in the London Mayoral elections on May 6th.

Sadiq Khan was born in London and has lived here all his life. His parents moved to London from Pakistan in the 1960s. He was state-school educated in Tooting before studying Law at the University of North London. Sadiq and his wife have two daughters. Sadiq became a solicitor specialising in human rights and was a councillor in the London Borough of Wandsworth from 1994 to 2006. In 2005 Sadiq was elected MP for Tooting. He was appointed Minister of State for Communities in 2008 and later became Minister of State for Transport, becoming the first Muslim and first Asian to attend Cabinet. He was also Crossrail Minister. In 2013 Sadiq was appointed Shadow Minister for London, and in 2015 he led the Labour Party campaign in London in the General Election. Sadiq is a big sports fan, especially football, boxing and cricket. He ran the 2014 London Marathon, raising money for the Evening Standard's Dispossessed Fund. In 2016 Sadiq became Mayor of London.