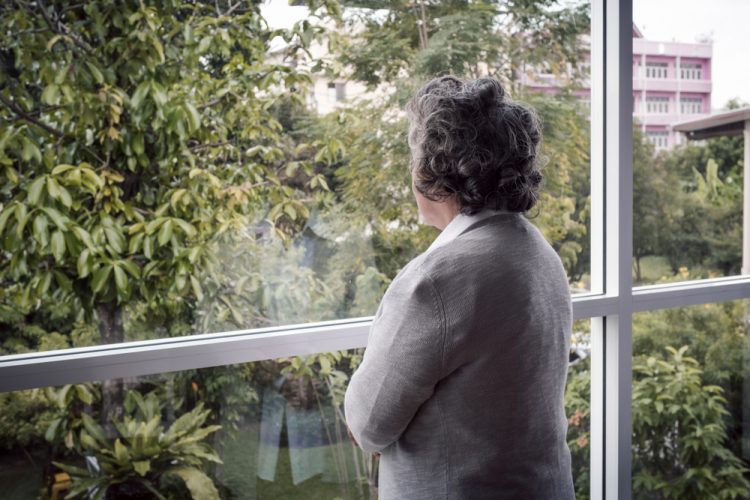 Did you know that London has the worst ‘pensioner poverty’ rate in the country and that poverty among older Londoners is rising?

If you didn’t, you are probably among the majority. This is because we don’t talk about older Londoners’ poverty nearly enough. It’s not a nice thing to shout about but that doesn’t mean we shouldn’t. London Challenge Poverty Week takes place this week and it’s a good opportunity to talk about some things that often go unsaid. There will be many reasons why we don’t talk enough about older Londoners and poverty. Unfortunately like lots of things when it comes to ageing, assumptions are likely to play a big role. There’s a relatively widespread view that older Londoners are ‘doing alright’. That’s usually the start and end of the conversation.

Poverty is complicated, it’s persistent, it isn’t always visible and it’s hard to escape. For some it might be about not being able to pay for broadband. For others it could be about not being able to afford transport to get to a bigger supermarket with cheaper prices. As we approach winter during a second COVID-19 wave, there are some who will have to face the tragic choice between a warm bedroom or a hot meal.

Poverty is often exacerbated by a lack of information and this is probably one of the reasons why there are around 125,000 older Londoners (the size of a small city!) that don’t claim Pension Credit even though they are entitled to it. The facts on this webpage are shocking but where’s the outrage?

The proportion of older Londoners in poverty has increased by 5% over the past three years and there are growing fears that the COVID-19 pandemic will accelerate poverty rates.

According to July 2020 figures from the Office of National Statistics, the number of people claiming out of work benefits in London over 50 has doubled to 105,545 since January. This is comparatively higher than the UK average and there are now more over-50 claimants for jobseekers allowance in London than claimants under 25.

In addition, the over 50’s age group already had worse unemployment outcomes prior to the pandemic. In 2019, just a third of over 50s who were made redundant found re-employment within three months: the lowest re-employment rate of any age group.

Some groups of older workers will be hit even harder than others. Just one example of this is the disproportionate financial impact on older Londoners from Black, Asian and Minority Ethnic backgrounds. The pandemic has already exacerbated many of the entrenched inequalities faced by Londoners from BAME backgrounds. Whilst Londoners in general work longer into later life than their peers in other parts of England, older Londoners from BAME backgrounds are even more likely to retire later than white peers and have a lower weekly income. New research shows that older black men and women are living on an average of £100 less per week compared to white men and women in the same age group.

Standing up for older Londoners on low incomes was one of the reasons why Age UK London launched a campaign against the suspension of weekday pre-9am Freedom Pass and 60+ Oyster card concessions. This week is a crunch point as older Londoners await to learn the outcomes of negotiations on a new funding deal between TfL and the government. The suspension (launched as ‘temporary’) was introduced as a condition of an initial funding deal struck in May, which comes to an end this Saturday (17th October).

Affordability is a significant part of accessibility and we believe the suspension penalises older Londoners, especially those on low incomes, making essential journeys with no choice about when and how they travel.

Health and social care are among the sectors with the highest proportion of older workers. In recent weeks, Age UK London have heard from older Londoners working on the frontline of the pandemic who are required to be in work by 9am. Some are supporting partners with health conditions and some have even said that they will have to leave low-wage jobs because the cost of commuting takes up such a large proportion of their salary.

Examples of older workers affected include Mrs Williams who works for a charity, earns no more than she did at the age of 18 and describes concessions before the suspension as a ‘godsend’. Mrs Williams’s husband is unable to work and her salary is vital for paying the mortgage and household bills.

Since Monday I’ve had emails from older Londoners made redundant who worry about having to travel further to find new jobs, an NHS worker who starts work at 7am who says they are having to find additional savings to afford the fares and a teacher unsure of where she will find and additional £30 per month to cover her commute.

You can find out more about Age UK London’s campaign to reinstate older Londoners’ concessions here.

Anyone can check their eligibility to receive Pension Credit using Age UK’s benefits calculator and more information about Pension Credit is available here.