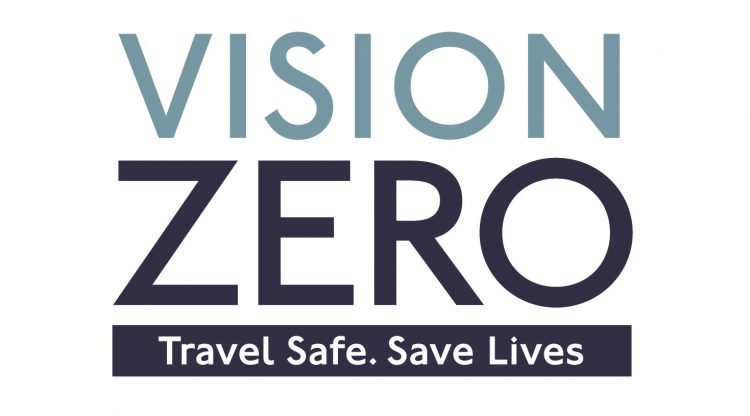 One year ago, the Mayor, TfL and Metropolitan Police launched the Vision Zero Action Plan, a bold strategy to eliminate all deaths and serious injuries from London’s roads. Each year, almost 4,000 people are killed or seriously injured on London’s streets, taking a devastating toll on the people involved, their families and communities across the capital. More worryingly still, people from more deprived areas, some ethnic minorities, disabled people, children and older people are disproportionately affected by road danger.

Since launching the Vision Zero Action Plan one year ago in London, TfL, the Met and many boroughs and organisations in London have been working towards achieving the goal. This includes transforming London’s most dangerous junctions, increasing enforcement against reckless and dangerous motorists who put lives at risk,  and developing a new standard that seeks to remove the most dangerous HGVs from London’s roads. There are also plans to build protected cycle lanes, lower speed limits and launch several behaviour change initiatives including Junior Roadwatch, where children stop speeding motorists outside schools. However much more needs to be done.

Vision Zero will encourage travelling at speeds appropriate to the streets of a busy and populated city through the widespread introduction of new lower speed limits.  This includes a progressive speed limit policy for the Transport for London Road Network, which will see stakeholders engaging on 20mph becoming the default speed limit within the central London Congestion Charging zone and in other locations and town centres across London. This is because a person is about five times less likely to be fatally injured if hit at 20mph than at 30mph.

A key to making people feel safe on London’s streets is reducing danger at locations where the likelihood of injury is higher than in other places. Action will focus on improving junctions, which are the most risky and dangerous locations and where cyclists and motorcyclists are particularly vulnerable. This will include designing an environment that is forgiving of mistakes by transforming junctions and ensuring safety is at the forefront of all design schemes. With 76% of collisions in London occurring at junctions, these changes will play a key role in reducing the number of road casualties.

Delivering the Healthy Streets Approach means reducing the dominance of motor vehicles on London’s streets. This not only means reducing the use of motor vehicles, but also reducing the danger that they pose. Vision Zero aims to reduce the risk posed by the most dangerous vehicles by introducing a world-leading Bus Safety Standard across London’s entire bus fleet and a new ‘Direct Vision Standard‘ for Heavy Goods Vehicles. This is especially important as TfL has informed Age UK London that the number of older Londoners injured by HGVs is disproportionately high when compared to other age groups.

This area focuses on encouraging all road users to travel safely by reducing the likelihood of road users making mistakes or behaving in a way that is risky for themselves and other people. Police data shows that 93 per cent of all factors contributing to collisions in London are due to a limited number of behaviours, including risky decision making, distractions, and drink/drug driving. This will be pursued through targeted enforcement, marketing campaigns, education programmes and safety training for cyclists, motorcycle and moped riders.

The last main area of the Vision Zero Action Plan concentrates on understanding the causes of collisions is fundamental to learning from them and preventing their re-occurrence. This will be achieved by developing systematic information sharing and learning, along with improving justice and care for the victims of traffic incidents. Collision investigation by the police can provide vital knowledge, for the development of effective road danger reduction measures and crucially can help bring justice for the victims of road collisions resulting from criminal negligence.

To promote the Vision Zero plan, TfL has launched the “Know My Name” campaign. ‘Know My Name’, shares the stories of five victims of road trauma to communicate the impact it has on people’s lives and our shared conviction that even one death or serious injury is one too many. One of these stories comes from an older Londoner, Geoff, whose wife was killed when she was hit by a large goods vehicle while cycling six years ago. Geoff’s story is a harrowing reminder that older people are one of the demographic groups that are disproportionately affected by road danger.

Our CEO Paul Goulden commented on the Vision Zero plans:

Road safety is a key part of our plans to make London an Age-friendly City so we are pleased to see TfL taking action to eliminate road deaths in the capital. Research shows that people aged over 60 represent 45% of pedestrian fatalities in London, a terrifyingly high figure that shows just how important Vision Zero is. That said, it is important that any traffic calming measures that arise from Vision Zero are fully age-friendly and suitable for people with physical and sensory impairments. This means finding solutions that do not act as trip hazards for those crossing the road and do not cause unnecessary clutter along walkways.

Ensuring that older Londoners feel safe and confident when navigating their city is hugely important for both their mental and physical health, helping to reduce isolation and providing a means of exercise. If delivered correctly, Vision Zero can make a vital contribution towards our aim to build an Age-friendly London.