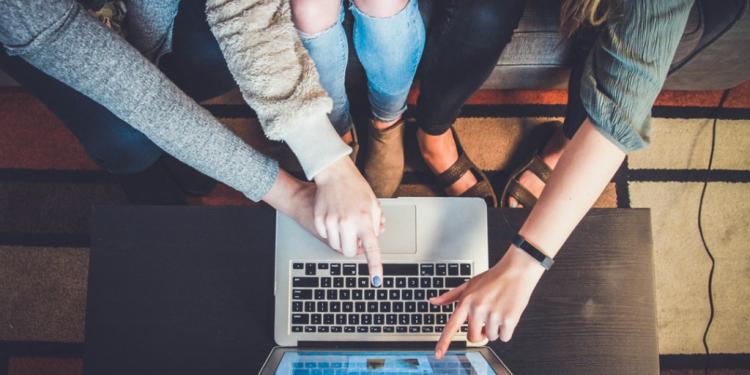 There is a man in India who is suing his parents for giving birth to him.

His argument is that there is such pain in the world, and he has been exposed to it without being consulted, and clearly this is the fault of his parents. His mother and father seem to have taken it in good spirits – they are both lawyers (and he isn’t, so good luck with that one) and his mother has said that she will apologise to him if he can outline exactly how he was supposed to have given his consent to be born before it happened. In fact it seems to be a publicity stunt for his wider anti-natalist views, but is it an eternal default position to automatically blame your elders for the mess in the world?

Yesterday, the Centre for Ageing Better hosted a breakfast with Marc Freedman, a US social entrepreneur and author of “How to Live Forever; The Enduring Power of Connecting the Generations”, and he has far more positive view.

He cites that historians believe that prior to the industrial revolution the whole concept of differentiating age was unknown, with multi-generational households all living and working together. Apparently the “Happy Birthday To You” song only came into use in the 1930s – who knew?

He also refers to the work of anthropologist Kristen Hawkes of the University of Utah, who put forward the “grandmother hypothesis”, that post-menopausal women continue to live long lives after child-bearing age because they played a critical role in food gathering and child care for their daughters, thus supporting the importance of older generations in keeping communities thriving.
So if age-segregation is a recent thing and from an evolutionary perspective the generations have to rely on each other, how do we tackle the lazy and knee-jerk blame game ageism that many older people now experience? How do we get past phrases like “bedblockers”? How do we challenge older people being blamed for Brexit? (Damn! Thought I could get to the end of this without using the B-word).

For me there are two issues. Firstly we have to make sure that older people themselves realise they have so much to offer their communities. At the breakfast, there was much talk about the power of mentoring, and intergenerational work based around shared interests like golf, the arts, books and gin. Isaac Newton’s quote “If I have seen further it is by standing on the shoulders of giants” is particularly apt – if you replace “giants” with “older people” then we can start to demonstrate the value of older people’s experience and knowledge in positively contributing to progress in all parts of life. We start to return older people to being an asset to society, not a burden.

The second challenge is to call out those people who use criticising older people by blaming them, as ammunition in political arguments or just simply to get attention. I used the word “lazy” earlier on because it is true – it is so easy to categorise a group in society and blame them (and to be fair, young people get a rough deal thought this too), and social media tends to magnify these views in a way that has never been possible before. It is easy and lazy to do, but just perpetuates division rather than promoting the positive.

So two asks from us at Age UK London…

Tell us about someone you know over 60 who positively gives their time, knowledge or skill to making your world a better place. Let’s spread the message about the wealth of value that older people have and that everyone can tap into and stop playing the blame game.

And secondly, how about using #lazyageism?

Marc Freedman, CEO and president of encore.org has written extensively on the topic of intergenerational relationships in the US, and brings with him a wealth of knowledge on the topic. His recent book, How to Live Forever explores this topic in great detail and is adapted into an essay, Building Bridges Across the Generational Divide, published in the Wall Street Journal.