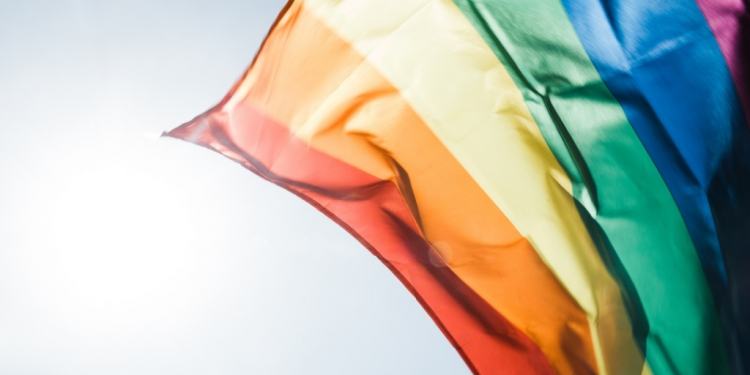 Pride is the spine of the LGBT+ year, the one point at which all sections of the community in all their varied sexualities and identities can come together to celebrate who they are, to protest or rally against what threatens us, and to remember our losses.

It has been the spine of my life, the one fixed point of the calendar, since 1972. This is true for many older people, who have marked the years by the marches or parades they have been on, the people they have met and celebrated with – the acts and speeches indelibly etched in their minds.

Indeed, Pride is largely the creation of the older generation, who fed and nurtured it through good and bad times, through Mary Whitehouse’s attacks, through AIDS icebergs, through nail bombs, through arrests, before finally handing over to others to lead us into the broad sunlit uplands (more or less) of today.

But as we get older, it can become more difficult to participate in Pride. The figures show declining attendance by the over-50s, at a time when we are an increasing proportion of the population. I don’t believe that decline reflects choice. It seems to get louder, more crowded; the music is less ‘our’ music, the range of complex sexualities of the 21st century alien from the old certainties of ‘gay’, ‘lesbian’ and ‘straight’ which we grew up with and fashioned for ourselves.

Which is where Opening Doors London (ODL) comes in.  Along with its wide range of other support services and social activities for over 50s, it provides assurance and safe space for people over 50 on the day of the LGBT+ Pride March itself.

Let me tell you what I hope I’ll be doing on Saturday July 8th – if it all goes like last year!  I’ll be turning up at the University of Westminster about 11am, to a buffet brunch and a glass or two of champers, among a lot of extremely excited and frisky old codgers, and a delightful corps of young volunteers who brighten the day with their assistance and their smiles.

From there, towards the start time of the march we’ll head off, slowly and slightly merry, through the crowd barriers to the ODL bus; the route of the parade has been shortened from the traditional one, but it can still be a bit much for older legs.  Personally I like to get on and off the bus, because you get a terrific view of the rest of the march from the open top, plus you can wave very grandly and feel like the Queen Mum. The bus is quite far forward in the parade, so there’s not so much hanging around before setting off. (Pity the poor ones at the back – it’s estimated that the march is going to take six hours to get through!)

There are always terrific cheers for us, and rightly so. I hope we can have a megaphone this year, because it’s a great way to ginger things up and to introduce ourselves. The march goes down Regent Street and Haymarket, around Trafalgar Square, and the crowds are six deep all along the route. Flags waving, rainbows everywhere, extraordinary costumes – “how on earth do they manage to walk in that?!” you wonder. Dispersal is from off Whitehall.

In some ways Pride is a victim of its own success, and the crowds to hear the speeches and see the shows in the Square and in Soho can be intimidating, not to mention impossible to get through. But there’s safety in numbers, and groups of us will be making our way circuitously back to St Anne’s Soho, where there’s more food, places to sit, a little open area in the sun to relax with friends and wind down.

Oh yes, and a short cabaret by yours truly. It’s my proud boast that I’ve performed after every Pride March since 1978, and I don’t intend to stop now. I’ll be bringing along a small speaker to play backing tapes, and with any luck I won’t have the experience I had on the 2010 march, when an over-enthusiastic volunteer assumed I was a ga-ga pensioner who’d wandered into the march with his shopping trolley by mistake. “Young man,” I intoned, “I was coming on this march before your grandfather was born!” Such is the history which we are all part of, and continue to make, and long may it be marked and honoured.  And long may ODL help us to honour it.

Peter is an Ambassador for Opening Doors London who has worked as an out singer-songwriter since 1972 and run the theatre group Homo Promos since 1987. Peter has created a profusion of cabaret songs, acclaimed musicals and plays and has performed after every Pride March since 1978. Peter is also a journalist for outlets such as Gay News, Gay Times, Capital Gay and Axiom, and is also an author of LGBT History books.

One thought on “Pride of Place with Opening Doors London”