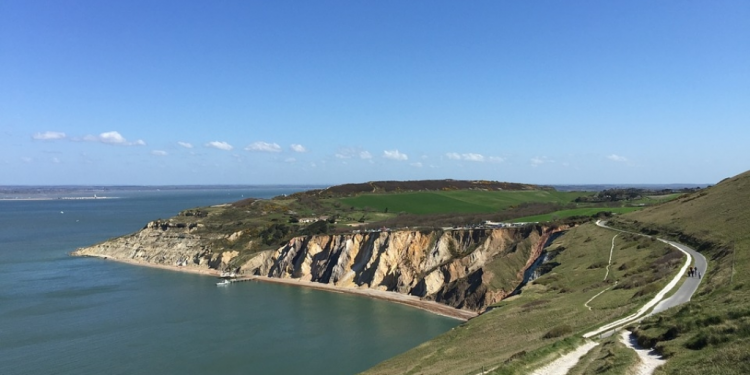 We were absolutely delighted when university student Tom Leslie decided to take on the Isle of Wight Challenge on behalf of Age UK London. Tom’s fundraising efforts will go a long way to making sure we continue to make London a great place to grow older. Yet despite already being so proud of Tom for completing the Isle of Wight challenge, it was upon reading his write-up of the event that we truly understood just how gruelling a task this was! Read on to get a small taste of what it’s like to trek all around the Isle of Wight in less than a day…

So, after a few months (though probably not quite enough!) of training, the day arrived and I stood on the start line of my first ever ultra-challenge – a 65 mile walk all the way around the Isle of Wight. The biggest endurance event I had done prior to this was a half-marathon, so this was a giant step up, but I certainly felt relaxed and ready at the start, 07:40 in the morning on Saturday 29th April.

The first few kilometres went flying by as I strolled with fresh legs along the wondrous coastal path of the Isle of Wight. After the first taxing hill at about 6km I started chatting with an incredibly friendly Indian gentlemen and he kept me company to the first checkpoint at 10km.

It was early in the second stage, at around 13km, that I had my first little moment of panic. I was developing hotspots in my shoes under both of my heels. I stayed calm and carried on strolling along the coast path, but then it really hit me that I couldn’t risk developing full-on blisters this early on. I pulled over to the side and was welcomed by a Macmillan supporter who was having the same issue. The two of us chatted for a few minutes about our goals for the Isle of Wight challenge while sorting our feet out before I wished him luck and continued on my journey. He was actually a jogger so he gave me a nice pat on the back a km or two later as he overtook me.

I was already starting to see how brilliant the camaraderie is during these kinds of event.

The 25km checkpoint gave me a good and timely chance to properly sort my feet out. A couple of Compeed plasters and some fresh socks and I was good to go again. It was on this next stage that I was given my greatest weapon for getting through the challenge. My legs were starting to fatigue a little and I couldn’t help but think about the 16+ hours more I still had to go. Walking along one of the beaches I was told I had “the most relaxed walking style” he had ever seen, “he” being a bloke called Paul and his mate called Richard. This was just what I needed at that point.

A couple of people who had previous experience of these events and were happy for me to walk along with them. On our way to the 36km rest stop we chatted about football, snooker, jobs, university and (of course) walking. With my feet starting to develop more hotspots and even one or two blisters, it was comforting listening to their advice and being able to understand that everyone was experiencing similar feelings. Richard bombed on ahead at the 36km mark as Paul and I took it a little easier. I knew now I was just 3 hours or so from the halfway point, so re-filled my water bottles, had a snack and then myself and Paul went off for the half way stop.

We carried on chatting, although a lot of road walking was tough on all four feet at this stage so we were both trying to focus on one step at time as well. About 2 and half hours later we had made through to the halfway point. A little over 11 hours of walking and we knew we had to do it all over again – mostly at night too, which was not a very comforting prospect. I can honestly say that tiredness was starting to get to me at this point as I helped myself to some Italian and Indian food on the same plate, not spotting the flags above the trays. It was one of the most unusual and interesting mouthfuls of food I think I will ever have!

Paul and I carried on walking on downhill to catch a ferry from one side of Cowes to the other. We had to wait 20 minutes or so, which meant that our legs did seize up a little more, but it was a welcome break for Paul who had popped a blister on his foot on the way down (Ouch!). On the ferry two became four as we met up with a couple of detectives on the challenge, one from Reading and the other from Milton Keynes. They were both experienced walkers and just simply nice, supportive guys, which was a major boost for me as we moved into the second half.

Little did we know at this stage that around 40km of the 54km or so remaining would be on road or at least hard ground – not good when just about all feet in our little group were blistered beyond any quick repair at this point. Still, we carried on chatting and strolling along at a steady pace and the kilometres were still going by, albeit gradually slower and slower.

As we neared the 66km checkpoint night was starting to draw in. We’d been on our feet for the vast majority of 14 hours and I would have to say a couple of negative thoughts were creeping in. I was very, very glad to get to this next rest stop, as were the other three. We had a coffee for a bit of a caffeine kick and a couple of trusty bananas.

The rest of my group were soon ready to get going again but I felt I needed a bit longer due to a bit of light-headedness. Paul gave me the rest of glucose tablets and simply told me not to give up and suddenly I felt energy pumping round my body. The fact that people I had only met hours ago were being so supportive and considerate was an amazing feeling and I wanted to stay with them a bit longer so I did end up going off with them.

The next stop was at 80km, when I felt the finish would be in sight for the first time. I told the other three I was going to listen to a bit of music to help distract me from the pain in my feet. Paul told me to do whatever would get me across the finish line and it certainly did help get me through to 80km. By this point, we had been walking through the night for a few hours which was as difficult mentally as it was physically.

At this rest stop thoughts of quitting were definitely kicking in. It was mad to think I had been walking for 17+ hour and still had another 5 or more to go. Another friendly member of staff made us all a nice hot drink – they knew at this stage we were all on our last legs. Paul and I became a team of two again as the two detectives said they were pulling out. I stuck with Paul’s pace for about another 2km and then he went on, but at this stage I felt confident walking on my own, with great advice in my head and music in my ears. 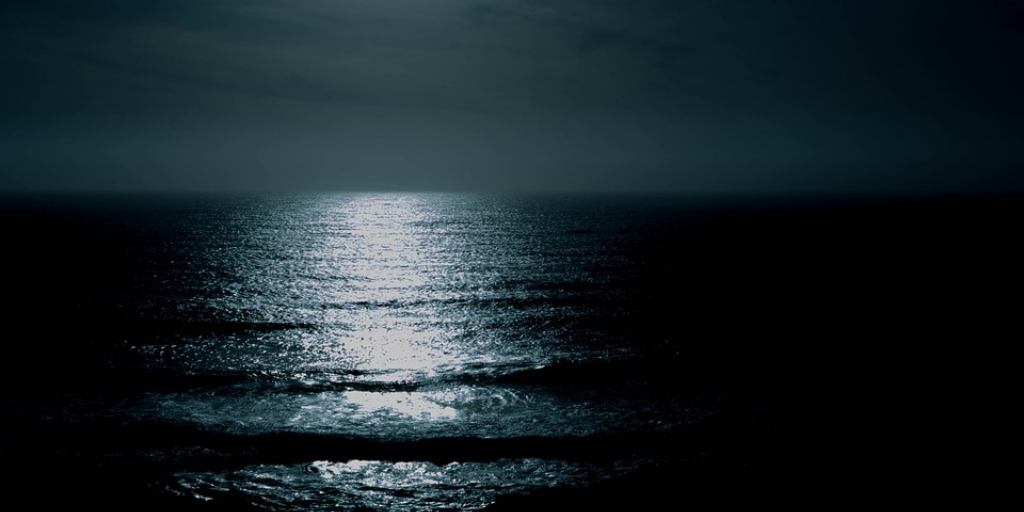 I walked along the seafront for about an hour without seeing anyone, not even in the distance – walking alone at 02:30 in the morning with the waves crashing against the shore of the Isle of Wight is a strange experience. There was a tough climb from 89km up past the 90km marker which is where (at last!) I met another human being. I was incredibly happy to have Beth’s company up to the final checkpoint at 94km. The blisters on the underside of my feet were now giving me the worst pain imaginable, so I just had to keep on walking through and force myself across the finish line.

After a final cup of coffee and some very refreshing pineapple, I left the final rest stop knowing that my next stop would be the finish line.

My earphones died at about 97km so I was to be in silence for the final few km. The black sky had now become a shade of blue as sunrise drew nearer and nearer. At the 99km marker the sun started to come up – and what an amazingly empowering feeling it was! Having walked through night, to now be out in nature and see and feel the warmth of the sunrise was just so relieving. It gave me a renewed burst of energy that I was now certain would get me over the line. At 103km my legs felt fresher, I was mentally much calmer than I had been a few hours previously and even my feet seemed in less pain.

I was able to really enjoy those last 3km as I strolled back along the coastal path and the finish line which I had crossed a little over 23 hours earlier came into sight. Before I knew it I was metres away from finishing my first ever ultra-challenge and what a great feeling it was. The three women working for Action Challenge were stood on the line cheering and even urging me to sprint the last few yards which I had to politely decline! Still, across the finish line I went with a couple of morale boosting high-fives from the event staff.

All in all, the Isle of Wight challenge was an unforgettable experience with some incredible memories and feelings and I am sure it will not be my last ultra-challenge!

What a journey – be sure to leave a congratulatory comment below! If you’d like to retrospectively sponsor Tom, you can find our donations page here. If reading along hasn’t put you off taking on a similar ultra-challenge, you can take a look at the number of fundraising opportunities we have here!

Tom is a university student, who undertook the Isle of Wight Challenge on behalf of Age UK London.

One thought on “The Isle of Wight Challenge”