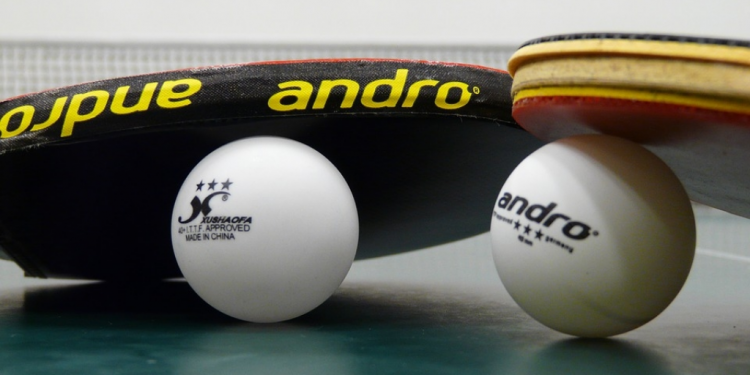 With the numbers of those affected by Alzheimer’s continuing to rise (with over 1 million people in the UK expected to be affected by 2025) and the cost of treating the disease mounting (over £26 billion annually in the UK currently), now is the time for action! Especially when you consider that delaying the condition by five years could save 30,000 lives a year.

Outside of the box research is key to driving advances in alternative methods of treatment and developing low cost drug free options to prevent the disease. Picking up this BATon is the BAT Foundation – a national charity investigating the benefits table tennis can have physically, mentally, and emotionally on those living with Alzheimer’s.

Yet despite the hugely positive effects of table tennis for patients with Alzheimer’s disease, the link between the sport and its effect on brain structure and function has not been formally tested using objective measures such as MRI based techniques.

As a result, in collaboration with the specialist neuroscience team at King’s College London, BAT are delivering a ground-breaking piece of research to show how table tennis can:

BAT are currently looking for patients to join their study, which consists of thirty-two volunteers, all with early stage or mild Alzheimer’s, who’ll be divided into two groups. The first group taking part in specialised table tennis sessions and the other group living life as normal, all for a ten week period.

Volunteers will take part in MRI scans, simple cognitive tests, and well-being questionnaires at both the beginning and end of the study. We’ll also conduct interviews during as part of a wider anecdotal case study to accompany the formal research.

Table tennis is a fast moving, low impact, social activity, which can be played by anyone regardless of age or ability… you don’t even need to be able to stand to enjoy the game!

It involves physical exercise, sustained attention, and the development of visual spatial skills as well as having the ability to improve hand-eye coordination, develop fine motor skills, increase upper body strength, improve core balance, and increase brain blood flow to the hippocampus; a region of the brain affected by Alzheimer’s disease that plays a role in memory retention.

BAT’s research will investigate exactly what is going on inside the brain of those with on-set Alzheimer’s and understand the potential benefits playing table tennis could have on reversing and even preventing the diseases development.

Get in Touch Today!

If you’re over 50, have (or know someone with) on-set or mild Alzheimer’s, can commit to the study for 10 weeks, and are interested in changing the face of Alzheimer’s therapy forever, then get in touch today for a chat with Andrew at BAT on Andrew@batfoundation.com or 07739 490935.