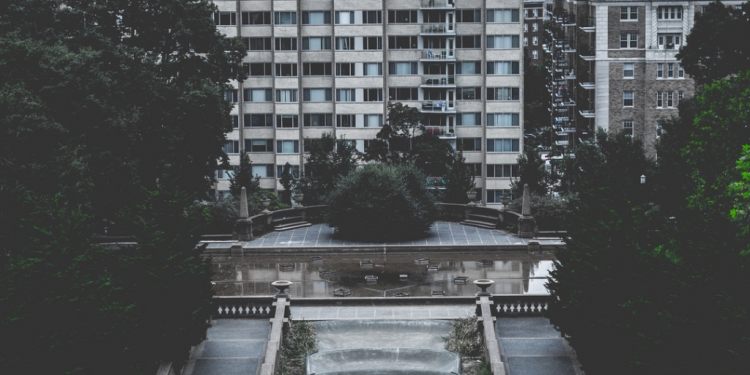 We’re just over halfway through Age UK London’s project to raise awareness and find solutions for older private tenants in London. We’ve heard a lot from older people about the conditions they live in and their concerns for the future. This research has led us to ask a series of questions: What are the main areas of concern for older private tenants? What changes could be achievable and would help these older renters? What can be done in London, and what would need national legislation?

So far, older private tenants have told us about five main areas of concern:

Security of Assured Shorthold Tenancies (ASTs): Older tenants looking for a ‘home for life’ don’t feel safe renting with ASTs, which often last only six months and allow short notice eviction. Older private tenants we spoke to talked of living in fear, unable to feel at home or invest in a property that they can never make their own.

Finances and Rent: Rents increase much faster than pensions! Many older people we spoke to fear sudden increases in rent that would be unaffordable without either moving or cutting living costs – which can mean cutting down on food or heating. Older people in employment face problems when ill health impacts their ability to work full-time hours and meet rent costs.

Repairs and Maintenance: We heard reports of landlords not responding to requests for repairs, repairs of a poor standard and a fear of asking for a repair under the belief that it may result in a rent-increase or, worse still, being seen as a troublesome tenant and potential eviction.

Relationship with the Landlord: With the power discrepancy so great between tenant and landlord, especially in ASTs, perceived relationships with a landlord appear to be very important for older private tenants. Issues in transition between landlords were common and older tenants feared a new landlord with new terms or plans for the property.

Health & Access to Support: Older people shared concerns around adaptations being implemented. Mould and poor insulation are widespread and properties that do not meet decent home standards can increase incidence of falls, rheumatism, depression, respiratory illness and arthritis among many other health concerns. We also hear from older people about fuel poverty, see above. Recently the figures were announced for so-called “excess winter deaths” in 2015-16.

What could help solve these concerns?

Older people we’ve spoken to living in ASTs overwhelmingly want longer leases. In principle that could be achieved by changing the law on leases nationally, by building more social or affordable housing with longer leases, or by finding private landlords willing to agree a longer lease in return for having a good, settled tenant. Of course changing the law on leases needs national political action. The recent Housing White Paper signalled some intention by the Government to help private renters, but how much real change can we expect any time soon?

On the supply side, Sadiq Khan is proposing two new schemes which might provide up to around 60,000 homes in London over 5 years – but how many of these will go to older renters? London Living Rent will target middle income earners and some employed people in their 50s and 60s might possibly be eligible for it, but most people using it will be younger. Meanwhile, London Affordable Rent is aimed at people on lower incomes and will be filled mainly using the boroughs’ social housing allocation criteria. So whilst some older people will probably benefit, this is not necessarily because of their age.

There might theoretically be some mileage in social letting schemes to match (older) people with landlords who want a settled, reliable tenant. But some experience suggests the landlord might compensate the commitment to a longer lease, by setting the initial rent too high for many older people. Which brings us to…

Arguably in the long run, the only thing that will make renting affordable is to build affordable housing to meet the demand! That comes down to influencing national policy debates – see the consultation following the Housing White Paper – and the forthcoming London Housing Strategy and London Plan. There is a possible discussion about influencing the Government’s position on Housing Benefit to take account of London conditions.

To a limited extent, longer leases could help affordability by limiting how often rents can be increased. Many (including me) would instinctively think of rent controls. However this meets with a lot of scepticism in policy/expert discussions, including from those who clearly want to improve the private rented sector. The view seems to be that in London at least, market forces are simply too rampant for rent controls to work. Of course, the national political situation is not at all favourable to policies like rent controls.

Repairs and Adaptations, and Relations with the Landlord

Some London boroughs already have landlord licensing schemes aimed at ensuring basic standards in the private rented sector. Of course these haven’t solved all problems overnight – they need resources for one thing – but they seem to have helped address some problems in some places. With the support of the Mayor and more of the boroughs, it might be possible to extend landlord licensing to more of London, or even have a standard scheme across the whole capital.

Similarly, boroughs have duties to enforce the law through trading standards and environmental standards departments. Stronger enforcement could help many older private tenants. While boroughs do try to do this, there is a serious lack of capacity whether in terms of funding, or (to some extent at least) a lack of the skilled staff needed. Some boroughs are aware of the problems and would like to do better. This may be something that could be pulled together across London.

We’ve been thinking about what could be done to raise people’s awareness of their rights – though clearly the main problem is the power imbalance in the market, rather than a lack of knowledge. Some older tenants we’ve met know that they have legal rights but feel powerless to get them enforced.

On the other hand, it seems that it could perhaps help to raise people’s awareness of their rights to have necessary repairs done to their home, without these repairs being regarded as improvements – which would lead to a rent increase. There is also a clear lack of legal advice for private renters: most boroughs do not have a specialist renters’ organisation, and we know about the impact of funding cuts across voluntary sector advice provision.

This links to the issues about repairs and adaptations. There seem to be gaps in awareness of older private tenants across various types of organisation. This might be because for the last few decades, most older people have either been homeowners or social housing tenants. But the picture is set to change as many Londoners aged from 45-50 upwards are now private tenants. If more people are living with age related health conditions and also in poor conditions in the PRS, this is likely to cause increased need for health and social care services. Possibly one of the most useful things we can do is simply to make public and voluntary bodies aware that in the future, more and more older Londoners are going to be renting privately.

We’ve heard some really shocking things from older private tenants about the conditions they live in and how they’ve been treated. Of course many landlords are decent and responsible, but the private renting relationship may be intrinsically difficult for an older person on a normal income who needs some support. With the way the housing market is going, this could become an increasingly important issue in the future. We are at an early stage in tackling the concerns of older renters but hopefully we can at least put their needs on the map.

This article was produced as part of our Older Private Sector Tenants Programme, an eighteen month research project into the the experiences of older renters, funded by The Nationwide Foundation. You can read more about the programme here.