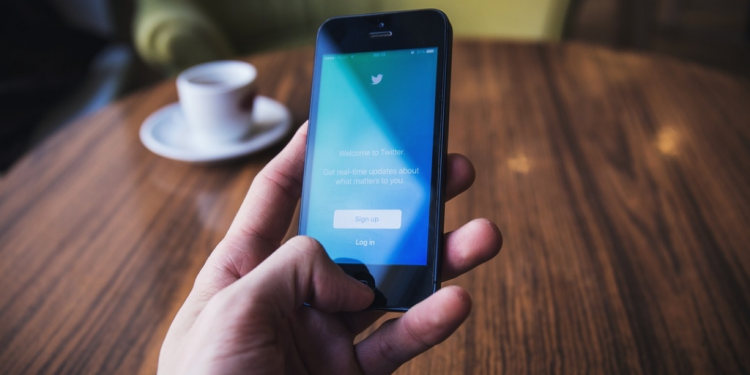 Ever wanted to use Twitter, but felt unsure how to get started? Felt confused at the mention of “retweets”, “hashtags”, and “likes”? Never really understood the point of the website at all? Well, we’ve put together a guide to the basics to get you up and running on Twitter!

Before starting this guide, you may wish to keep this glossary of terms handy to consult whilst reading.

For example, here’s a tweet from ITV presenter Phillip Schofield which discusses Formula 1:

People use Twitter in many different ways: For some it’s a space for news updates; for others it’s best used as a pseudo-chatroom by interacting with close friends and family; and some use Twitter to inform people about the work they are doing, their personal lives, or both.

Believe it or not, Twitter is actually one of the simplest social networks to use – even if it doesn’t feel like it right now! This is mostly due to the 140 character limit on every tweet, which helps to keep the website de-cluttered and allows for quick and easy transmission of information. Essentially, all users of the website are forced to get to the point!

As a result, breaking news can spread quickly, as can reaction to certain events, from sport, to celebrity gossip, to political developments.

So, we can use Twitter for news updates, reaction to events, and for interaction with companies, celebrities, as well as friends and family.

On the whole, Twitter consists of two main pages – the home page and the profile page.

This page here is the home page of Twitter. It’s the first thing you see when you log in. The panel down the middle is called the Timeline. The Timeline displays the tweets of the Twitter accounts that you follow – i.e. the accounts that you have chosen to view the tweets of. The newest tweets appear at the top of this panel and only you can see this – it’s personal to you.

On the left of the screen, we can see the “trends” panel, which shows us what subjects are particularly popular today. Here we can see that Michael Flatley and Global Warming are being discussed.

Underneath this, we can see how many tweets Age UK London has posted, as well as how many accounts we are following, and how many followers we have. If you were to click the words “Age UK London”, you would access Age UK London’s profile page.

This page can be seen by other Twitter users. This is useful because:

So, your timeline displays the tweets of people you follow and this can only be seen by you. Your profile displays only your tweets and can be seen by anyone who clicks onto your profile.

Then enter your full name, your email address, and choose a password – something hard to guess, but memorable.

Then choose a username. We as Age UK London simply went for “ageuklondon”. You could try your full name, or you could choose a nickname you have, or something personal to you. BUT choose wisely, when people contact you through twitter, it is your username that they will use. So make sure it’s not too embarrassing!

After this, you are offered the chance to “follow” some accounts based upon the preferences you selected. By “following” an account you will be kept up to date with their tweets, so if you like the tweets that a certain Twitter user is posting, or you are interested in what they may say in the future, you “follow” their account.

To tweet something, you head to the timeline. Click on the box entitled “What’s Happening?”, and type away.

Let’s start with the most basic “normal tweet”. This is a tweet that just contains text and nothing else. For example “hello, this is my very first tweet”. This will be seen by everyone who follows you.

Now let’s jazz it up a bit. There are ways to make your tweets visible beyond those that follow you. The first thing we can do is to add what’s called a hashtag. To add a hashtag, place the hash key # in front of a word or phrase. When you click on a hashtag, you’ll see other tweets containing the same keyword or topic.

BUT if you use more than one word, your hashtag cannot include a space.

This tweet from ESPN analyst Andrew Brandt, discusses National Popcorn Day. However, to make sure that his hashtag works properly, he has kept all three words together.

How to Interact with Other Tweets:

Underneath a tweet there are several buttons you can press to interact with it.

If you enjoy a tweet – maybe because it’s funny or particularly poignant, you can press the heart-shaped button to “like” it. Liking tweets can also be used to let the tweeter know that you agree with their post.

When you like a tweet, it gets put into the “likes” section of your profile. This allows you to view every tweet you have “liked”. Accordingly, you can “like” a tweet if it is something you wish to go back to at a later date.

There will also be occasions when you like a tweet so much, that pressing the like button just won’t do! In this instance you click the “retweet” button to the left of the heart shape. This takes their tweet, and posts it to your followers. This means that in and amongst your tweets, you now have this person’s tweet too.

For example, if you saw a really interesting news article that you think your followers would also be interested in, you could retweet it.

A relatively new feature of Twitter means that when you hit retweet, you are given two options. The first is “retweet”, which will do what has just been described (take their tweet, and post it to your followers).

However, you can also now “add a comment” before you retweet. To do so you type in this box here, just like a tweet, before you hit the retweet button.

This means people will see your comment above the tweet you retweeted. This is especially useful if you don’t agree with the tweet you’re retweeting and wish to make that point.

But you don’t have to do this every time you want to comment on a tweet. You can also “reply” by pressing the far left button underneath a tweet.

This allows you to message the person who tweeted without posting the tweet to all of your followers. The way to do this is to click the arrow underneath their tweet.

Now when we do that, you can see how their Twitter username appears with an @ symbol in front of it. This allows you to communicate with them. As long as their username is located at the start of the tweet, then this will only appear on the newsfeeds of people who follow both members of the conversation.

However, this can still be seen by anyone who goes onto your individual profile. So be careful what you say! However, you may want everyone to see the reply that you make. If so, you can either use an “add a comment” retweet, or make sure that the tweet does NOT start with their username.

This is a lot of information to take in in one go and almost certainly feels overwhelming. The important thing to remember is that using Twitter becomes much easier with practice. If you would prefer to use a different explanation, it is well worth viewing the website Mom this is how Twitter Works for a simple, yet in-depth guide to proceedings – including how to add photos to your tweets!