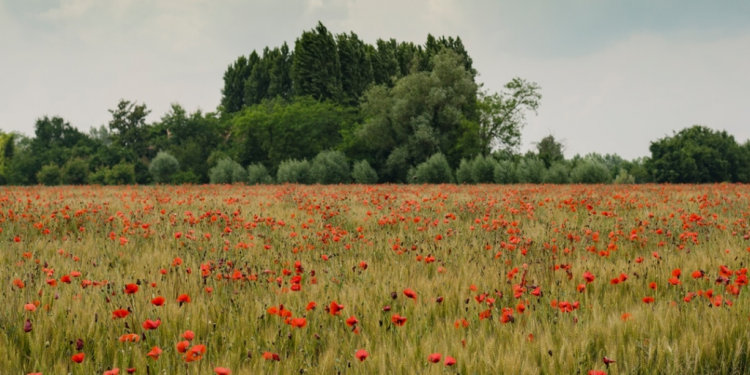 Age UK London works for and with all older people across London. This year for Armistice Day, we wanted our blog to feature charities that work directly with London veterans and their families. This piece comes from Cassandra McLaughlin, Clinical Nurse Specialist at the London Veterans Service (LVS). The LVS is an assessment, treatment, and signposting service for those who have served in the British Military. To find out more, click here.

Armistice Day can be a very emotive time for some, as people across the country remember the sacrifices made by those who have served for our freedom. It is a time for us all to stop and reflect – however briefly – on those who have lost their lives in conflicts around the world.

Generally, the idea of remembrance is something we negotiate at our convenience. We know the month, the day and even the exact time that we have our most intensive, introspective thoughts about war and loss, humanity and mortality, and we don’t do it alone, but with an entire nation. Some remember family or friends lost and experience intense emotion as a result. Yet experienced in this controlled way, most will then manage the thoughts and feelings, move through the process and then be able to carry on with their day.

However for those who have served in the military, this time of year can bring around all kinds of reflections and ruminations. Perhaps coming to terms with the things their younger selves have done – both good and not so good. For some though, these thoughts and feelings may be more intrusive, overwhelmingly intense and be so painful that the best way to manage them is to stay away from anything that may trigger what could be a potential avalanche of emotion and discomfort.

I met with Rudi – who is about to turn 62 – and we talked about his experience of mental health and Remembrance Day. He had been up since 5am that morning to make his way across London to sell poppies to commuters. Rudi served in the British Army as a younger man, where he made lifelong friends and truly believed that he was there to defend our way of life – a job he did with great pride.

Yet after being discharged from the army, life became very difficult for Rudi. For many years, Remembrance Day was an incredibly difficult time for him. He hid away, trying hard to avoid all the memories of service, not least the constant reminders that he lived while some of his friends did not. He didn’t understand why he felt so unhappy, so stuck in the unpleasant parts of his past, so edgy and difficult to be around.

It took many years for Rudi to receive the right help and treatment for his depression and PTSD. Although it was Remembrance Day that used to intensify these feelings, it also brought about the acknowledgement that this was how he felt much of the time and that Remembrance Day was just a personification of this.

With support and treatment for PTSD and depression at the London Veterans Service (LVS), he was able to reconcile the bereavements, process his fears and anxieties related to difficult memories and he began to engage in his own life once more with a sense of purpose.

Rudi works hard to ensure that during this time of remembrance, young people see senior veterans with pride, keeping the light burning, and encouraging those who experience difficulties to seek out support and help.

This used to be the time of year that he felt most alone and confused while trying to manage overwhelming emotions and anxieties on his own. Now he feels his most proud on November 11th and he can experience reflections with clarity rather than fear of his emotions.

Cassandra is a Clinical Nurse Specialist at the London Veterans Service. The LVS is an assessment, treatment, and signposting service for those who have served in the British Military.