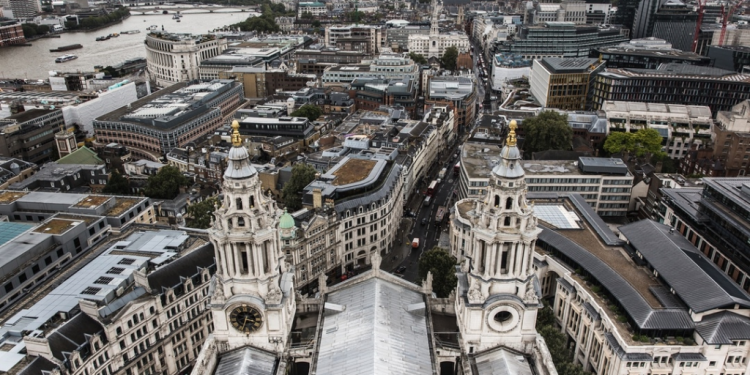 As many of the previously run down parts of London get a face lift – shiny new glass buildings, pavement cafes, and artisan bakeries galore – I have often found myself wondering what these changes mean to older people that have lived there all their lives. The greasy spoon cafés and small grocery stores may have looked scruffy to some, but for those who have known that area all their lives, the loss of these familiar establishments could have a big impact.

An interesting study Ageing in a Long-term Regeneration Neighbourhood: A Disruptive Experience or Successful Ageing in Place? by R Kleinhans and others comments on the sense of attachment older people feel with their urban environment and the sense of confusion that can occur with drastic changes:

“Older adults can become ‘out of place’ and feel less comfortable with their living environment after changes in their personal situation or during and after radical changes in environment itself. If we translate this to the context of urban regeneration, it is clear that a range of radical changes in terms of housing stock, public space and services can make people lose their trusted environment.”

The loss of social housing to make way for luxury apartments can result in older people leaving their communities altogether. Some move to start a new life elsewhere, but others move because the younger members of their families are forced out by the rise in prices. The influx of new people can make the area over crowded and public transport almost unusable for older people who are unable to stand at busy times.

There is also the disruption caused by the building works themselves that can have a detrimental effect on the mental and physical health of those living through the process. An older Lewisham resident Bridgit Sam-Bailey has made these points on the Lewisham Gateway development:

“Some of you might be thinking that the new buildings and development are attractive, as more people are moving into the borough. This is good for the young and upwardly mobile, but what about those of us who have had to endure the traffic and confusion around the areas where the developments are taking place?  I have in mind the old and physically challenged, and not to forget the mothers with buggies and/or toddlers, especially those carrying shopping.”

Whilst the positive aspects of urban regeneration cannot be ignored, the developers and local authorities should be aware of the needs of more vulnerable residents during the development process, as well as the impact on local providers that will need to cater for the increase in demand for services.

One thought on “Regeneration – How Does it Impact Older People?”