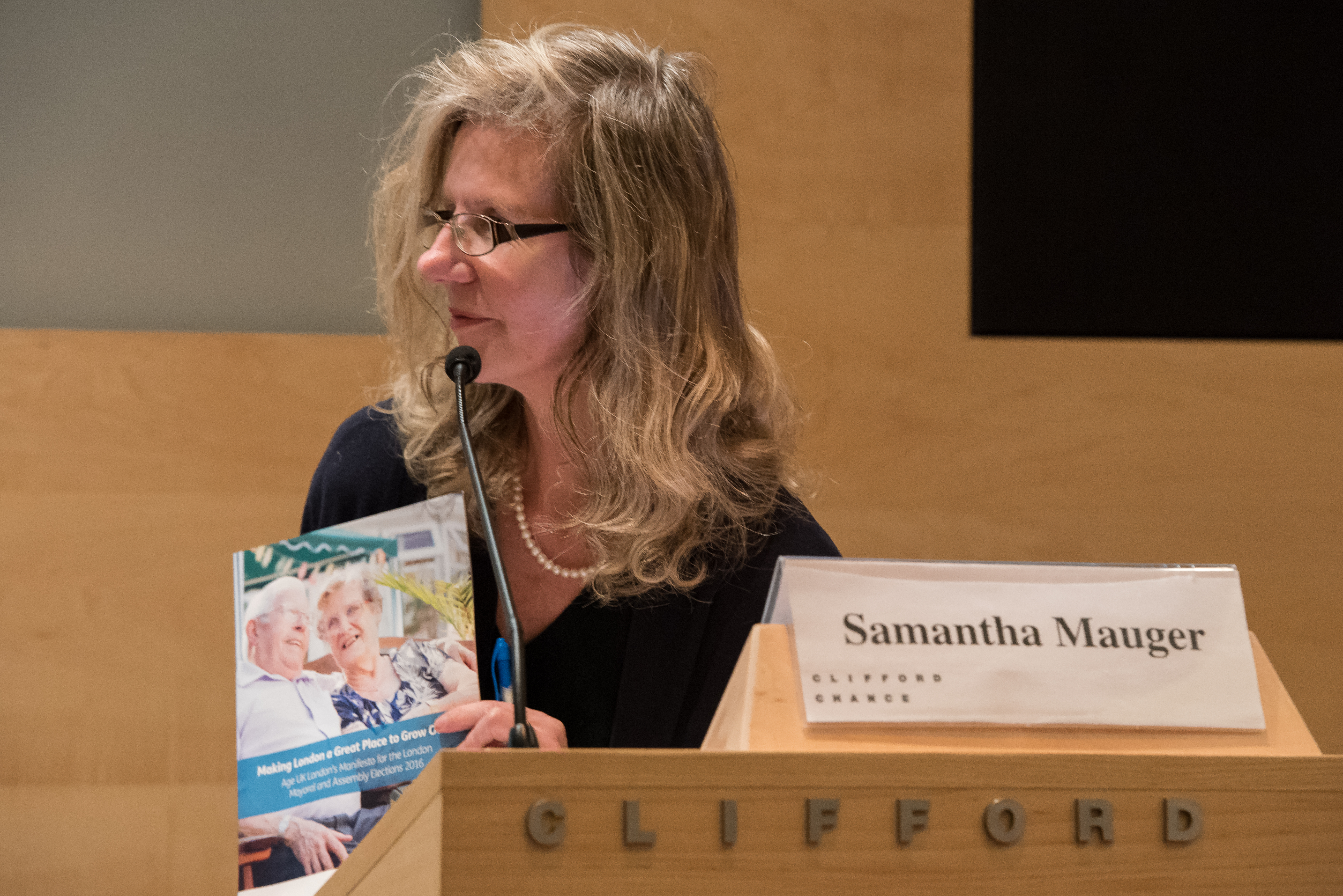 We’re really glad to have had contributions from four leading London Mayoral candidates to our blog, and if you haven’t read them yet I ‘d suggest you do – they are all making thoughtful and constructive suggestions for how the next Mayor can support older Londoners. You can find each blog from our home page.

At the same time as our 25 February Mayoral hustings we also launched our own Manifesto “Making London a Great Place to Grow Older” based on consultation with older people, it gives our proposed priorities for the next Mayor.

Key asks include digital inclusion, making London’s housing age friendly and making transport in London accessible to all. We thought it was important to pick out and highlight a small number of areas where the Mayor can clearly make a difference, although we have also made recommendations in other areas because the Mayor has a  wide-ranging role and an important voice in national debates.

We’ve found over the last few years that all sorts of issues involving older people, from finding and accessing services to staying in employment, keeping in touch with family and friends to taking part in local democracy, are very much improved by helping older people use digital technology. However a majority of people aged over 75 are still not online – see  our report “Wealth of the Web” . The GLA already has an unfunded digital inclusion strategy, and a relatively modest amount of funding from the Mayor could have a considerable impact in supporting older people to get online.

It is common ground among politicians and commentators that London faces a housing crisis. There’s less awareness that this crisis affects older people too. High housing costs contribute to pensioner poverty in London – see my previous post. Many older Londoners live in homes that are of poor quality, physically inaccessible and difficult to heat – there were 3800 ‘excess winter deaths’ of older Londoners last year. National research shows that many older people would like to move to ‘rightsize’ but struggle to find suitable and affordable alternatives in their area; this is now coming up in the feedback we get from older Londoners.

As with housing, transport is an area where the Mayor has a major role (through Transport for London (TfL) in this case). Being able to travel is a key factor in helping older people stay socially included and avoiding loneliness. TfL has made efforts to improve travel for older and disabled people (especially on buses), but these need to be followed up to make sure passengers’ experiences really improve. How accessible will travel be for older and disabled people in the predicted larger and busier future London? How will changes like Cycle Superhighways affect pedestrians and public transport users?

Specific calls made in the manifesto include asking candidates to commit themselves to: retaining the Freedom Pass; ensure that a range of suitable, accessible and genuinely affordable housing options are available for older people in all London boroughs; provide funding for digital inclusion programmes for older Londoners; and appoint a Deputy Mayor or Mayoral Adviser to an Age Friendly London portfolio.

We also call for the Mayor to influence positive change in other areas like age friendly environments, crime and safety and health and social care.

We’d be really happy to hear what you think of the calls made in our Manifesto.